Tallian to Run for Attorney General 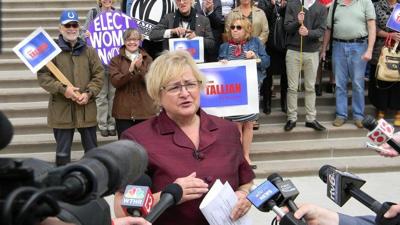 “While I have been proud to serve in the State Senate, a decade of Republican supermajority across three branches of government has made Indiana a state of extreme politics. I am running to restore checks and balances to the Statehouse and to be a voice for all who live here.  It is time that Hoosiers have leadership that listens to their problems and fights for solutions,” she said in a statement.  “The Attorney General should be the Citizen’s Advocate and work for all of us, not filing lawsuits trying to take away our legal rights.  The Attorney General’s office should not be trying to promote a right-wing agenda to overturn healthcare for pre-existing conditions and take away the ability for Hoosiers to have affordable insurance coverage.  Curtis Hill has not been an advocate for Indiana citizens, and he has not brought integrity and reason to this office.”

Tallian also said her Senate record speaks for itself, “I wrote the law that makes it harder for banks to foreclose on homeowners. I have protected our pensions and I have defended our civil rights.  As a member of the Criminal Law Committee, I helped revise our outdated criminal code to make sure that the punishment fits the crime.  As the Attorney General, I will continue to advocate for our citizens.”

Tallian has been in the State Senate since 2005, and was re-elected in 2006, 2010, 2014, and 2018.  She is the Caucus Chair for the Senate Democrats, is the ranking minority member of the Senate Appropriations Committee, and is the Senate Democrat delegate on the state Budget Committee.  She also serves on the Pensions and Labor and Environmental Affairs committees.

She has also called for the reform of state and federal marijuana laws and for years has persistently offered bills to decriminalize marijuana possession and to allow for use of medical marijuana. 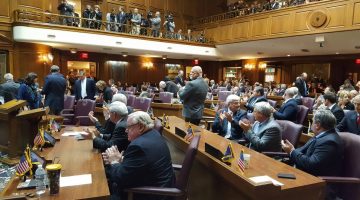 Some Suggestions for Lawmakers