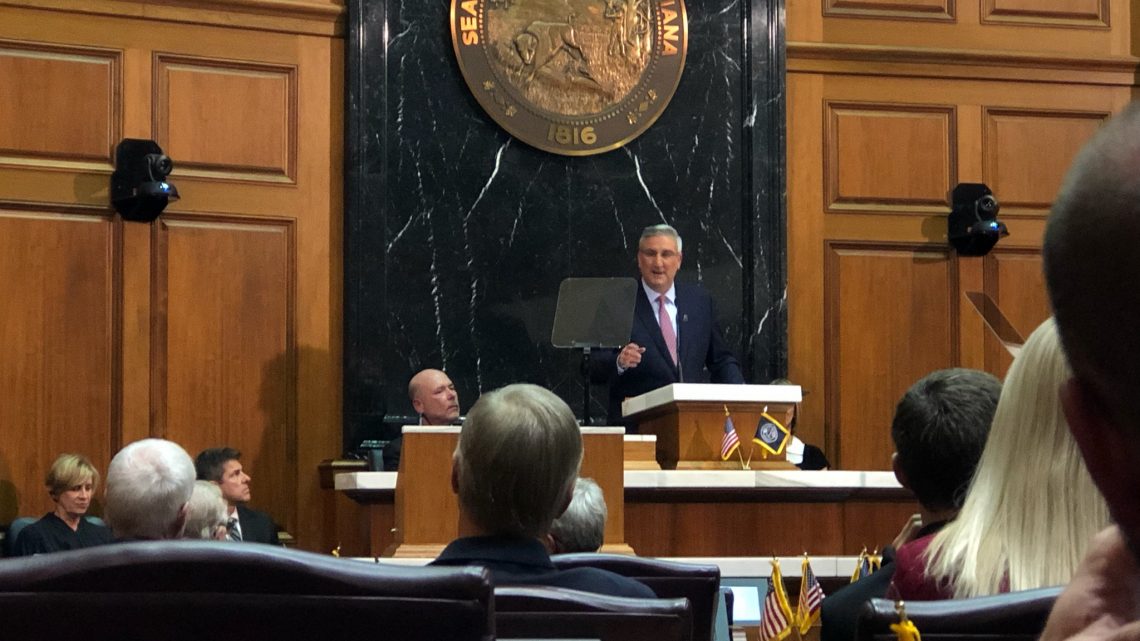 Indiana’s teachers could see a pay increase averaging $1,200 each under a proposal unveiled today at Governor Eric Holcomb’s State of the State address.

The Governor called for the state picking up $140 million in teacher pension payments currently being made by Indiana school districts.  By doing so, the Governor wants those dollars to be freed up to pay teachers more.

Administration officials say although it is a one-time infusion of cash, by picking up that payment, school districts have more money down the road.

“We’re in a financial position to use surplus dollars to pay off a pension liability that local schools currently pay.  Just like paying off your mortgage frees up money in your personal budget, this state investment will save all local schools $140 million over the biennium with continued savings thereafter, “ Holcomb said during his address. “I believe local school districts should allocate 100 percent of the $140 million to increasing teacher paychecks.”

In addition, the Governor is calling for the creation of a commission to look at teacher pay to address the issue long-term.  The administration has already allocated nearly $432 million in new funding for schools over the next two year in the budget submitted to the General Assembly.

You can read the text here.

Indy Crime and Punishment – Part One