Indiana retailers say a proposed federal tax on imported goods will only drive up costs and hurt consumers.

House Speaker Paul Ryan is proposing a “border adjustment tax” on foreign imports as a way to help pay for $1 trillion in other tax cuts.  Supporters say it would also encourage domestic manufacturing of goods.

However Grant Monahan of the Indiana Retail Merchants Council says the tax would increase the costs for retailers who sell products that are manufactured overseas and not readily available here in the United States.  He also says many merchants are operating on thin margins and the increased costs could drive some of them out of business.

You can hear Monahan, as well as Justin Stevens of Americans for Prosperity and Central Indiana business man Doug Pendleton in the Leon-Tailored Audio above.  It runs about 12 minutes. 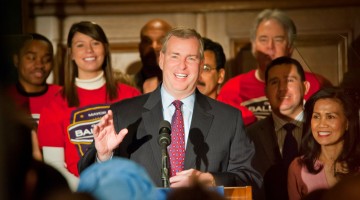