Bayh announced he was entering the race last week.

The DSCC would not released the crosstabs, however it said voters gave him a 55% job approval rating when he was Senator.  And it said he had a 51% approval rating among Donald Trump supporters.

A spokesman for the young campaign released the following statement in regards to the poll, ” “It’s no surprise that Harry Reid and Chuck Schumer would release a poll showing their handpicked superlobbyist leading, but Evan Bayh cast the deciding vote for Obamacare then made millions defending corporations who paid him to oppose it. Hoosiers have a clear choice between a Marine who lives in Indiana and represents the interests of Hoosiers, and a lobbyist who lives in two Washington, D.C. mansions and only looks out for himself.” 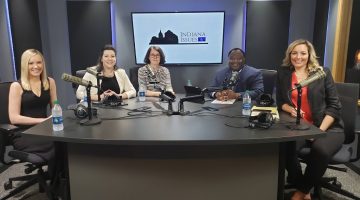