Given the exceptional limitations that researchers in the U.S. face when considering the prospect of conducting clinical trials using botanical cannabis, Governor Holcomb should take the lead from 29 states and the District of Columbia and become an advocate for allowing legal access for medical purposes.

Botanical cannabis has no current FDA approved indication, although this is not because the FDA has actively determined cannabis to have no medical value. The roadblocks researchers face when trying to gain approval from multiple federal agencies to conduct clinical trials is staggering, and even upon approval researchers have only one legal source of product to use in trials: the University of Mississippi. The cannabis available from this lone source does not match the diversity and quality of product available in states where it is legal. Cannabis is not a homogeneous entity with only one “active ingredient”, and being able to source a diverse range of strains and cannabinoid products is crucial to evaluating cannabis as a treatment option.

Even if researchers do obtain both approval and product, as has been accomplished by the Multidisciplinary Association of Psychedelic Studies (MAPS) in their landmark trial testing smoked marijuana as a treatment for veterans with service-related and treatment-resistant PTSD, the University of Mississippi is not licensed to provide material for commercial development. In Phase III clinical trials, the final stage of testing before the FDA determines if a medicine will be approved, the treatment must be exactly the same in the trial as will be sold in the market. This means that even if the ongoing clinical trial testing smoked marijuana in veterans with PTSD has positive results, they will be unable to proceed to Phase III trials due to the inability to source cannabis.
This is a problem not encountered with other Schedule I controlled substances, such as MDMA. The same organization conducting clinical trials on cannabis for PTSD is also researching MDMA-assisted psychotherapy for PTSD. MDMA is another schedule I controlled substance, but as a single synthetic compound, the product will be the same no matter where it is sourced. The results of the Phase II MDMA trials were so successful, the FDA gave their treatment “breakthrough therapy” status, and will be expedited through the remainder of the approval process. Meanwhile, their cannabis research will hit a brick wall as soon as their current clinical trial is complete.
Continuing to defer to the FDA as the sole gatekeeper is an inadequate position to maintain when thousands of Hoosiers could benefit from legal access to cannabis as a medicine. Just look at the story of Adam Warczynski. Adam was a junior in high school when he was diagnosed with Crohn’s disease in 1999, sparking a journey of chronic and severe pain that wouldn’t be extinguished for over seven years. During that course of time, he had ten surgeries to remove portions of his intestines, was shuffled between countless doctors, and even had to use a colostomy bag at one point (it didn’t help). Between opioids and other medications, he was at times taking upwards of twenty pills per day with little relief, and the necessity of opioids to manage the daily pain led to his body becoming physically dependent.
“We started working on getting Adam to Michigan,” his mother Pat shared in an interview with Indiana NORML, “because I seriously thought I would be burying a child.” His mother Pat was an Indiana State Trooper at the time, but retired out of respect for the office when she decided to help Adam make the move to Michigan. While Adam had tried cannabis in Indiana and had experienced some success, the cost was prohibitive, the quality of product available varied, and it was of course risky given the legal status in Indiana. After moving to Michigan, cannabis helped Adam detox from methadone, which he had been prescribed after his high tolerance and consequent high doses of prescription opioids became an issue, and he also began replacing all of his Crohn’s medication with cannabis.

“I’m doing things today that I just wouldn’t have thought would be possible,” he told us, explaining how cannabis has helped him regain health and change his outlook on life. While some in Indiana believe that anecdotes should be inadmissible in the conversation about cannabis, we should not be turning our backs on Hoosiers who now live in other states, away from their friends and family, because they cannot legally treat their condition in Indiana. Acetaminophen (Tylenol) resulted in over 1,500 accidental deaths between 2001 and 2010, but there are no documented cases of fatal overdose poisoning from cannabis. While more clinical trials are needed to establish the value of botanical forms of cannabis for a wide variety of conditions, we have sufficient data on the safety profile to allow patients to have the option of trying it without fear of criminal prosecution.

Justin See is a Bloomington resident and the newest member of the Indiana NORML (National Organization for the Reform of Marijuana Laws) board of directors.
Tags: indianamedical marijuana 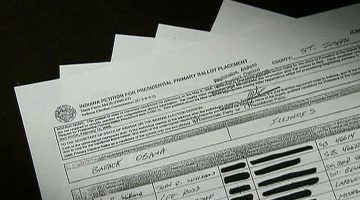