Life Is a Beach 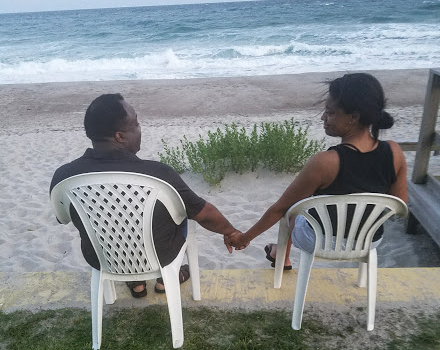 For our annual vacation this year, my wife, the Lovely Mrs. Shabazz, wanted to go the beach and since Lake Michigan was out of the question, we chose Atlantic Beach, North Carolina.

Now I admit I am not a big water person unless it’s carbonated and mixed in a glass with scotch. Regardless, domestic tranquility is a lot like freedom.  It’s not free and requires eternal vigilance.   However, with that said, there is something about staring out in the Atlantic Ocean, watching the waves come into the shore that helps you put things in perspective.

This is extremely helpful when part of your day job is to have to deal with people complaining about a lot of things, many of which don’t mean much in the grand scheme of the universe.

However, sitting on the beach, adjacent to the Atlantic Ocean helps you stay focused and remember what matters.

For me staring at the ocean reminds me that in our not too distant past, millions of folks who look like me were brought over here across the very body of water next to where I am writing this blog post.

In fact, according to the Trans-Atlantic Slave Trade Database,  between 1525 and 1866, in the entire history of the slave trade to the New World, 12.5 million Africans were shipped to the New World. 10.7 million survived the dreaded Middle Passage, disembarking in North America, the Caribbean, and South America.

And you could argue the ones who perished along the way were the lucky ones.  As we all know, life on the fields meant working sunup to sundown six or seven days a week and having food sometimes not suitable for an animal to eat.  Slave women were brutally sexually assaulted by the masters.  Families were broken up.  It was illegal to teach a slave to read and even after slavery ended, there was segregation and Jim Crow.

Why do I bring this up?  Well, as I said at the beginning of this post, it’s all about perspective.  When we look at the things that a lot of black folks today worry and complain about, you have to admit it pales in comparison to what our ancestors went through.   Heck for that matter, when you look at what a lot of people complain about, regardless of race, on the far right and far left, it pales in comparison.

And while some of the effects of slavery still exist today, what many of us have to deal on a day to day basis is nothing compared to the plight of our grandparents’ grandparents, whether they were free or slaves.

So the next time you get ready to whine about something, which you saw on social media, which probably really doesn’t matter much in the grand scheme of things, I recommend a trip to the beach.  It’s amazing how insignificant your problems will be when you leave.

Abdul-Hakim is the editor and publisher of IndyPolitics.Org.  He is also an attorney with the Indianapolis law firm of Lewis and Wilkins LLP. 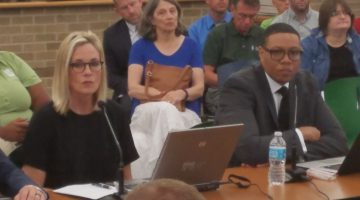 A Few More Minutes with Ferebee