The Indianapolis City-County Council has begun the process of removing Clay from his position.  He was elected at the last meeting with a majority of Republican votes over incumbent Maggie Lewis.

The Council voted 13-0-10 to put the removal of Clay on the agenda of its February 19 meeting.  Clay and nine Republicans abstained from voting.

As Indy Politics first reported, Clay has been accused of sexual misconduct with a minor in the early 2000s. DCS investigated and filed a report substantiating the allegations. However, no criminal charges were filed. RTV 6 reported no police report was filed either.

Council minority leader Mike McQuillen tried to convince his fellow Councilors that any allegations against Clay should be brought before the ethics committee, but Council attorney Fred Biesecker said that was not necessary because there were no ethics violations against Clay.

All the Democrats who were present voted to put the removal on the agenda, along with Republican Jeff Miller.

Council members Duke Oliver and Joe Simpson voted to put Clay’s removal on the agenda, even though they had voted for him for President at the last meeting.

Democrat Council members Lakeisha Jackson and Monroe Gray, who also voted for Clay, were not in attendance.

Under Council rules, there must be at least a week’s notice before a Council President can be removed from their post.

Clay won the Presidency by promising Republicans he would give several of them committee assignments, to the dismay of Democrats, including Simpson, who made the motion.

You can hear Clay, as well as Democrat Councilor Jared Evans in the Leon-Tailored Audio above.  Each clip runs under five minutes. 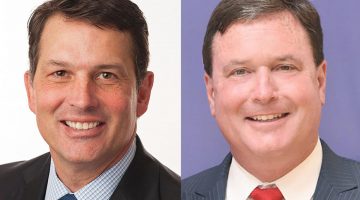