Org Day News You Can Use

The General Assembly gathered for Organization Day on Tuesday and it was more than just swearing in 150 lawmakers. (Ft. Wayne Journal Gazette)

More poor families who want help sending their children to preschool could have reason to rejoice next year.  (Chalkbeat Indiana)

This spring lawmakers will set aside legislation and instead pick up hammers to build a Habitat for Humanity house on the Statehouse lawn. (The Statehouse File)

The attorney for a Mexican man who’s seeking lost future earnings for a workplace back injury told Indiana’s high court Tuesday that his client’s immigration status is irrelevant and could sway jurors to rule against him in his civil suit.  (The Times Northwest Indiana) 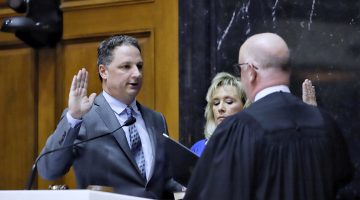