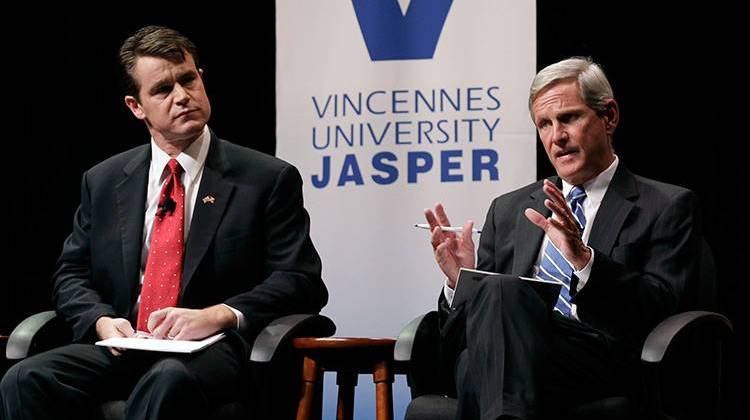 POLITICO is ranking the U.S. Senate race in Indiana and while it shows good news for Republican Todd Young, Democrat Baron Hill isn’t throwing in the towel just yet.

Back in January, POLITICO ranked the 15 states most likely to change parties. Indiana came in 12th.   It cited what it said could be an ugly primary between then candidates Young, Marlin Stutzman and Eric Holcomb.

Holcomb dropped out of the race to become Mike Pence’s Lt. Governor.  Young went on to beat Stutzman, 67-33 percent in the May primary.

Things have changed since then.

POLITICO wrote this week “Baron Hill’s “best hope” failed to materialize: Todd Young’s primary victory demonstrated that Republicans are united behind him. Young advanced from the primary with a sizeable cash-on-hand advantage over Hill, and the momentum to greatly out-raise him going forward.”  The website also noted, “ two general election polls released by independent organizations both show Young with a significant double digit lead over of Hill.”

When questioned about the results, Trevor Foughty, spokesman for the Young campaign, highlighted the fact POLITICO was silent about about Indiana.  He told Indy Politics, “Todd is clearly in a strong position, but we’re going to continue to keep our head down and run through the finish line in November.”

Les Braswell, a spokesman for the Hill campaign dismissed the rankings.  “The only silence Hoosiers should be concerned about is Congressman Young’s silence following Donald Trump’s racist attacks on a Hoosier-born judge and his attacks on women, Hispanics, African-Americans, disabled Americans and Muslims. This article makes one thing clear: refusing to denounce the hateful rhetoric of Donald Trump is bad for all candidates”, he noted.

The election is November 8.

Previous post Do Your Dime Bag on Your Own Dime 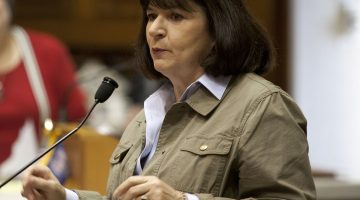