Indiana Senate Republicans have introduced legislation which they say will provide civil rights protections based on sexual orientation and gender identity while at the same time protecting religious freedom.

It also exempts small businesses that are engaged in wedding-related businesses, provided they have four or less employees.

The legislation also requires someone who claims they are transgender to provide proof, such as being under medical care, and the bill does not require entities to allow transgendered individuals use restroom to the sex they are transitioning to.

Senate President Pro Tempore David Long and sponsor Travis Holdman spoke with the media this afternoon.  You can hear them in the Leon-Tailored Audio above.   It runs approximately 30 minutes.

A copy of the legislation can be found here. 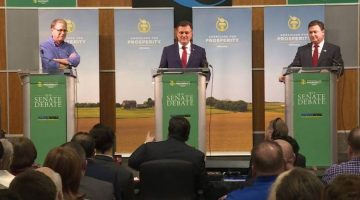