The 2022 Legislative session of the Indiana General Assembly is done.

While lawmakers approved measures lowering the state income tax from 3.2 to 2.9 percent, they failed to eliminate the business personal property tax, which locals said would have harmed their budgets.  They also eliminated the utility receipts tax.  Over the next eight years, the tax cuts will cost the state about $6.6 billion.

Education issues were also large this session as well.   A bill that would have limited what could be taught in Indiana schools when it came to race and gender died, however, legislation that would prohibit transgender athletes from participating in girls’ sports at the K-12 level did pass.

Another bill that died and came back to life ended the requirement that Hoosiers get a permit to carry a firearm in public.  That bill passed both chambers.

The legislative leaders offered their thoughts at the end of session. 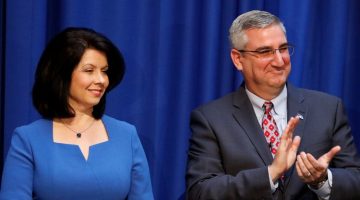