The leader of the Indiana State Senate, President Pro Tem David Long (R-Fort Wayne), announced today that he will retire from the Senate in November. Long, who has served in the Senate for 22 years, the past 12 as the Senate leader, said that 30 years of public service, including eight as a Fort Wayne city councilman prior to his service in the Senate, was long enough.

“It’s difficult to leave a job that you love and that you believe you were born to do,” said Long. “However, none of us is indispensable, and you have to know when the time is right to step away. For me, that time is now.”

Long pointed to a number of accomplishments that have occurred since he became the Senate leader in 2006, including property tax caps, the reduction or elimination of numerous other taxes, Right to Work, an economy that is humming as never before, balanced budgets for 13 consecutive years, school choice for all of Indiana’s parents and school children, and a 20-year transportation plan that is fully paid.

“I’m not foolish enough to claim credit for all of these accomplishments,” said Long. “However, I do feel that I played a key role in helping to shape them and shepherd them over the finish line, and I take great pride in that.”

Long also thanked the voters of Senate District 16 for placing their trust and faith in him, noting that serving as their representative in the State Senate has been the highest honor of his life.

Long stated that he will continue to serve as the Senate President Pro Tem until Election Day of this year, which is Nov. 6th. Thereafter, a new President Pro Tem will be selected by the entire Senate, while a caucus of precinct committeepersons in Senate District 16 will also be set by the Indiana State Republican Party to choose Long’s replacement.

Long noted that, though he will retire from life as an elected official, he will continue to be a practicing attorney. Long is currently employed as General Counsel to Pizza Hut of Fort Wayne, Inc. 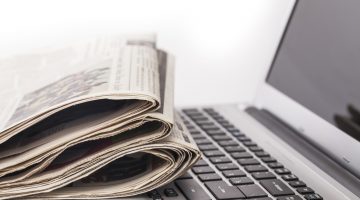 A Little News You Can Use