The CEO of Vision Fleet says he is hopeful the electric car program can go forward in Indianapolis, despite the controversy and conflict between the Ballard administration and the City-County Council.

The Council has sued the Mayor’s office to void the city’s contract with Vision Fleet, saying is it was not done properly.

Indy Politics spoke with Michael Brylawski about the program, the legal conflict between the council and Mayor, as well as incidents some users have had charging the cars in their homes. 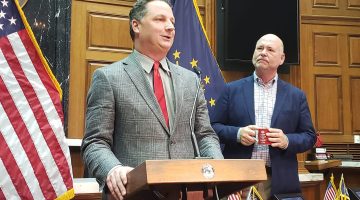