Ballard administration officials say their final proposed budget will leave the next administration in a strong financial position, because it will have helped reduce the city’s debt.

Mayor Greg Ballard will unveil the full details of the $1.1 billion spending plan this evening.

By paying off the variable rate debt, the city is putting one to two million dollars back into city coffers annually.

Despite that, the city is still paying $9 million annually in interest from a $100 million dollar loan that was taken back in 2006 for operating expenses.   That loan still has $50 million in outstanding principle.

Some other features of the budget include a 70 percent allocation for public safety and criminal justice, money for 70 new police officers, body cameras for law enforcement, fully funded early childhood education as well as contractual raises for city employees.

The budget also includes funds for Vision Fleet and Blue Indy, two programs where the Mayor and City-County Council have butted heads in the past.  And it also withholds some of the homestead property tax credit funds in order to show what the impact would be if the city were to eliminate it.

A formal budget presentation will take place at 7 p.m. tonight in the City-County Council chambers.

You can hear Ballard Chief of Staff Jason Dudich in the Leon-Tailored Audio above.  It runs about 8 minutes. 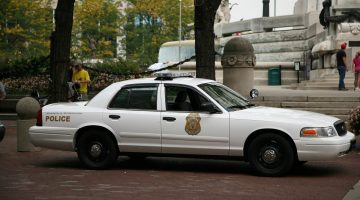 Republicans Introduce Bill to Take Control of IMPD From Mayor