Indiana Democrats accused Republican U.S. Senate candidate Mike Braun of telling “blatant lies and hypocrisy” at a press conference in the wake of the Associated Press’s Friday report regarding his company’s use of Chinese labor.

The AP reported that Promaxx Automotive, a brand of Braun’s Meyer Distributing that sells after-market auto parts, manufactures the bulk of its auto parts in China, including running boards, bumpers, brush guards, truck racks, and winches.

Because of that Democrats say Braun was not honest with voters about his company.

You can hear State party Chairman John Zody as well as UAW Region 2-B Director Rich Rankin and Indiana State AFL-CIO Secretary-Treasurer Shawn Christ in the Leon-Tailored Audio above.  It runs about 12 minutes. 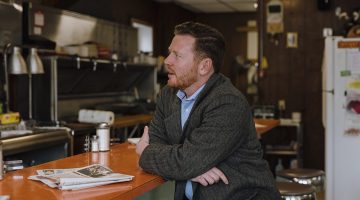