With Indianapolis on track for another potential year of record-breaking murders, we sit down with Rev. Charles Harrison of the Ten Point Coalition which has seen a major decrease in murders in the areas of the city they patrol.

You can hear Rev. Harrison in the Leon-Tailored Audio above.  Each segment is about nine minutes. 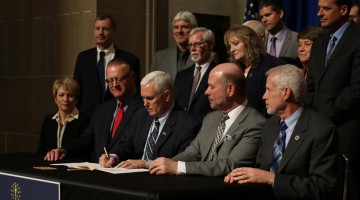